Our Board and Management Team 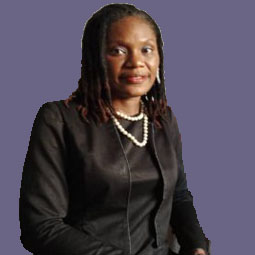 Yetunde Lai-Kehinde bagged her first degree from the Obafemi Awolowo University, Ife. Then proceeded for her Masters in Microbiology at University of Lagos. She's also a trained phlembotist.

Her career spans over eighteen years. She started as an Intern in the Quality Assurance laboratory of Nigerian Bottling Company, Ikeja where she was responsible for making sure microbial and chemical contamination of bottled drinks were at the lowest ebb during preservation and storage. She later worked with Fidson drugs, being part of the team that introduced Ciprotab, a brand of ciprofloxacin into the market and it became the number one anti bacterial antibiotics in the market. Over the years, she worked with the Administrative arm of of Hanbury Manor Marriot Hotel, Ware, Herts, UK. Government House Anambra's programme to eradicate HIV/AIDS in the state, National Cancer Prevention Program, an NGO that is into sensitization, advocacy, treatment and palliative care. At NCCP, she was in charge of cervical and breast screening and in a space of two years over 2 million women were screened in remote zones in Nigeria.

Yetunde joined MPL from it's inception. A productive and efficient worker, she has great communication skills and believes that success is measured by deliverables.

We must explain to you how all seds this mistakens idea off denouncing pleasures and praising pain was born and I will give you a completed accounts off the system and expound.